One of our customers asked whether it would be possible to allow them to edit invoices once they’ve been raised from a job.  They were finding that, often, additional information that would need to be included in the invoice, such as a PO number, would arrive after the invoice was raised. Other times, they may need to add or edit an address.

The solution is to raise your invoices in Draft mode and then edit information such as the addresses, details or invoice amounts etc. at a later stage.

Once you’re happy with your draft invoice, click Submit to allow your customers to view your invoice straight from their own Okappy dashboard. Alternatively, you can email your invoice to them.

Read on for our quick guide about raising draft invoices, editing details and then submitting the finalised invoice so it can be exported and viewed by your customer.

Raise an invoice as draft

To raise a draft invoice,

Note: In order to be able to raise an invoice, the job needs to be for a customer 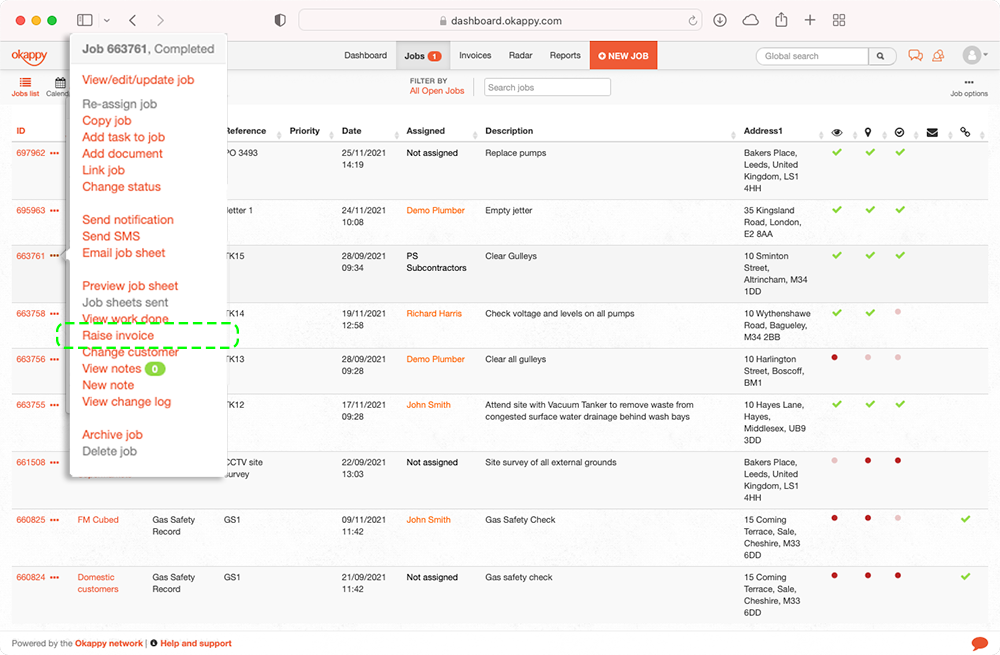 The Raise invoice window will be shown 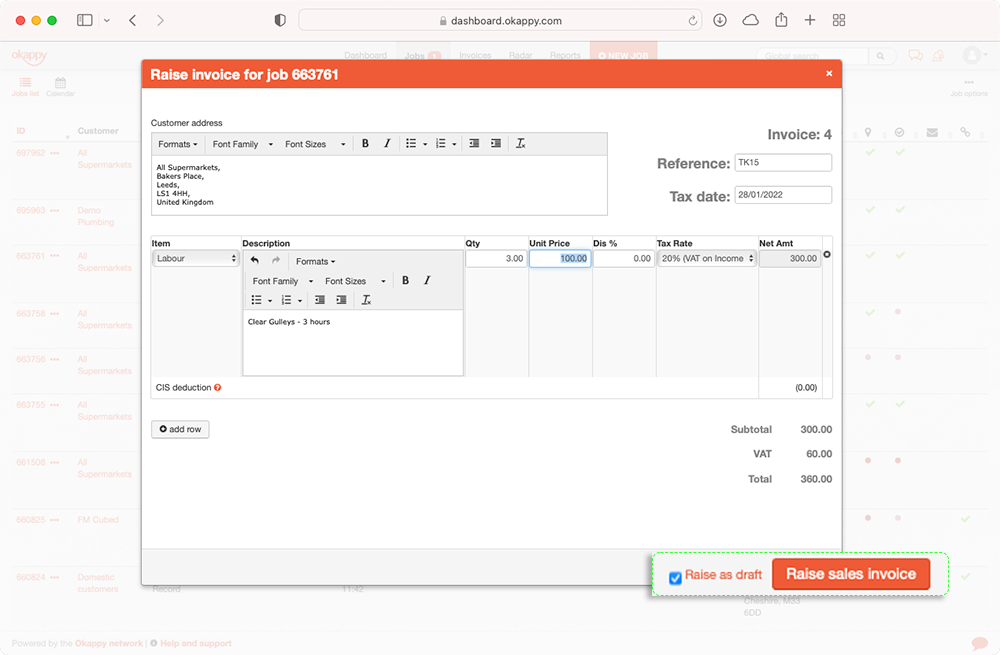 To view the invoice, go to the Invoices screen.

All draft invoices are marked (Draft) in the column on the left.

To view or edit the invoice, click the three dots next to the invoice number. 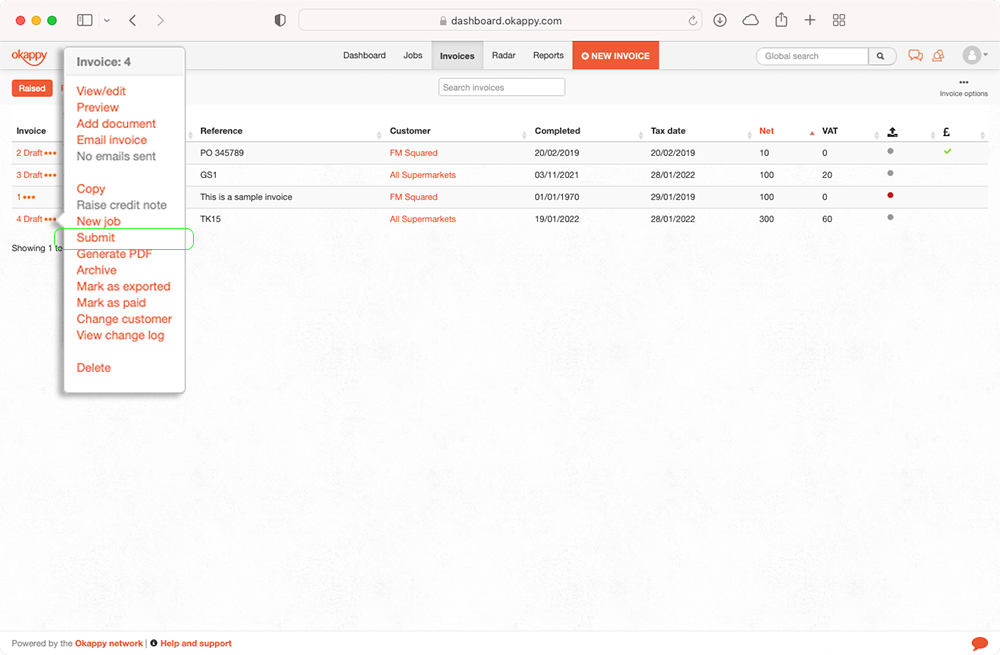 From there you can select the Submit option to submit the invoice or, click View/edit to see the invoice details. 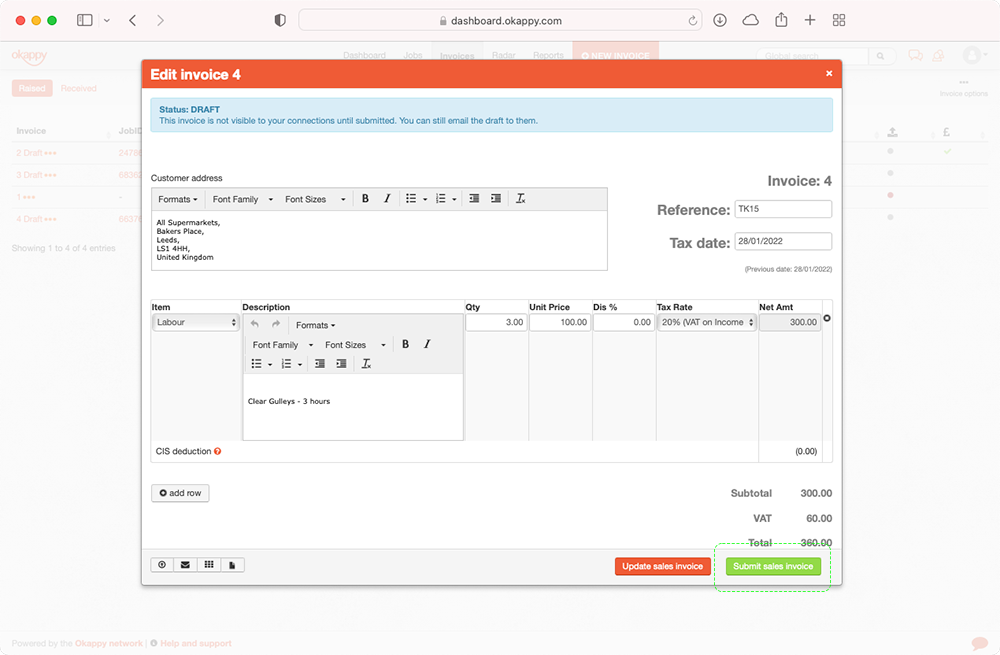 You can then submit the invoice by clicking the Submit sales invoice button.

For further information search in our support pages or forum